on iTunes, hosted by

The #1 ADHD podcast on iTunes, hosted by

by Faster Than Normal 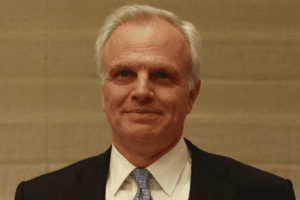 Every once in a long while, you get an amazing interview with someone you’ve been trying to nail down for years. Someone you think of as a hero, and someone who has been so bold about how they live their life, all you can do is listen and try and hold on.

That’s today, as I had the distinct pleasure of interviewing David Neeleman, probably best known for founding JetBlue Airlines.

David Neeleman is that rarest of entrepreneurs, a man who has created and launched four successful, independent airlines, including the USA’s JetBlue and Morris Air, Canada’s WestJet and Brazil’s Azul. And yes, he’s done it all with (not in spite of) his ADHD.

Azul, David’s latest project,  serves more than 100 destinations with an operating fleet of more than 140 aircraft, including Brazilian-built Embraer E-190 and E-195 jets, and ATR-72s. Just as JetBlue in the US before it, Azul is the first airline in Latin America to offer LiveTV inflight TV programming via satellite.  It has been named Best Low Cost Airline in South America for the last five years at the Skytrax World Airline Awards.

In June 2015, it was announced that the Gateway consortium, led by David, had won the bidding to acquire a stake in Portugal’s national carrier TAP. Gateway’s investment represents 50% of the airline. With the new investment, TAP is taking delivery of A330s and inaugurated new daily service from both Boston’s Logan airport and New York’s John F Kennedy International in June and July, respectively.

Prior to Azul, David founded JetBlue Airways in New York and spent the last decade as Chief Executive Officer (1998 to 2007) and Chairman (2002 to 2008).  An amazing success by any measure, JetBlue was an instant hit with travelers and was the first airline to earn $100 million annually within five years, thus becoming a “major” airline fastest.   JetBlue has won countless awards and accolades including Top Low Cost Airline for Customer Satisfaction by J.D. Power and Associates and Best Airline by Consumer Reports.  It won Conde Nast Traveler’s Readers Choice Awards for Best U.S. Airline for seven consecutive years.

David’s career began in 1984 when he co-founded a low-fare carrier called Morris Air with June Morris, the owner of Salt Lake City-based travel agency Morris Travel.  As President of Morris Air, David implemented the industry’s first electronic ticketing system and pioneered a home reservation system where calls are handled by reservationists working from their homes.

Following the sale of Morris Air and a short period with Southwest Airlines, David took the electronic ticketing system that he had initiated at Morris Air and developed it into Open Skies, the world’s simplest airline reservation system.  David sold Open Skies to Hewlett Packard in 1999.  Also during this period, David acted as a consultant to WestJet Airlines, the successful Canadian low-fare start-up airline.

He’s classic ADHD, (enjoy his story of the tree in his yard) but more importantly, he believes, possibly more than any guest we’ve had yet, that ADHD is truly a gift, not a curse.

He took the time to do this interview as he was driving from one meeting to the next, so while the audio quality is a bit less that we’re used to here, it’s still perfectly listenable.