on iTunes, hosted by

The #1 ADHD podcast on iTunes, hosted by

by Faster Than Normal

Welcome to another episode of Faster Than Normal! This episode is sponsored by the Faster Than Normal Book, dropping everywhere in early October! But, if you pre-order it now, you’ll get tons and tons of extras, including a chance to meet me and come on the FTN podcast! Preorder your copy now! 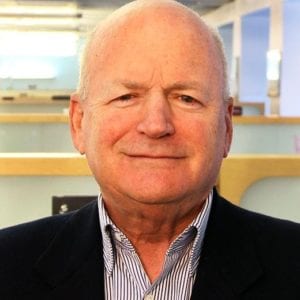 What can we say about Alan Meckler? The man has a way of seeing things that regular people won’t see for the next ten years, and he’s done it again and again and again. A wonderful example of neurodiversity, he was diagnosed with Dyslexia at a very early age, and used, of all things, his love of baseball to help him beat it.

Alan M. Meckler, Ph.D. was one of the first media professionals to spot the potential of the commercial Internet (1990). He launched INTERNET WORLD magazine and a trade show by the same name in 1993. These properties were sold for $274 million in cash in 1998. He created the trade show Search Engine Strategies in 2000. This was sold in 2006 for $47 million. He purchased JupiterResearch out of bankruptcy and later sold it for a 5000 percent return. Presently he is Chairman and CEO of www.3dprint.com, the leading news website for the additive manufacturing industry and also produces 7 www.inside3Dprinting.com trade shows worldwide. Meckler is also managing member of www.asimovVentures.com, which invests in startups in the 3D printing, Robotics and Blockchain fields. Meckler has Ph.D. in American history from Columbia University, has written several books and been published in The New Yorker. He served in the U.S. Army Reserve and New York Air National Guard (1969-1975).

I’m proud to call Alan a mentor and a friend, and I dedicate this episode to everyone who was ever told they’d never amount to anything, and continue to prove the haters wrong, every single day.